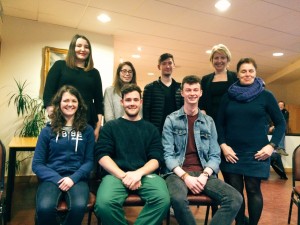 On Thursday 25th February, a debate on Making A Murderer was hosted by the Law Society in Griffith College, along with a bake sale, with all the profits going towards funding operational costs for the Irish Innocence Project at Griffith College.

Participating in the debate were law students from all levels, divided into two teams of three, arguing the motion of whether Stephen Avery, the main subject of the documentary, received a fair trial.

The Project manager, Anne Driscoll, and the Law Faculty Programme Director, Karen Sutton, were the two judges for the debate. 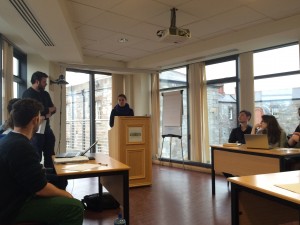 Over the course of the debate, both teams raised various issues concerning the justice system in America: the juries, witness credibility, presumption of innocence, and how the trial was conducted.

The focus of the debate seem to centre on the role the media plays, both in the original trial and in renewing public interests in Mr Avery’s case.

Media’s relationship with the justice system has always been a controversial issue, with many believing the media can help to bring about more transparency and empowering those in need. Others see it as interfering with due process and turn it into a trial by the press, making the decision in place of the court order.

Both teams expressed these points in reference to prosecutor Ken Kratz’s press conference ahead of the trial, which the opposition believes damaged Mr Avery’s innocence before trial began, and the documentary itself. The proposition believes there is an inherent media bias in the omission of evidences and editing.

After an hour of robust discussions, the debate came to an end as the two judges conferred.

Since its initial release on Netflix in December, Making A Murderer has raised many questions among the general public about the justice system in America, and whether it is delivering justice like it promises, especially when one considers the fact that Stephen Avery has been a victim of a previous miscarriage of justice.