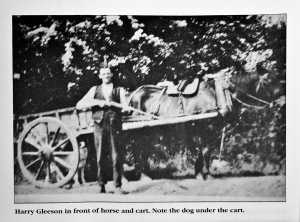 The case of Harry Gleeson, posthumously pardoned by the Irish State after being hanged in 1941, featured on RTE’s programme Scannal on Friday January 5th 2018. Mr. Gleeson’s exoneration was a case that the Irish Innocence Project had an active involvement with, and one in which Project founder David Langwallner worked on in conjunction with Griffith college student END_OF_DOCUMENT_TOKEN_TO_BE_REPLACED