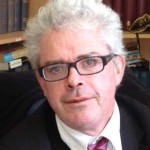 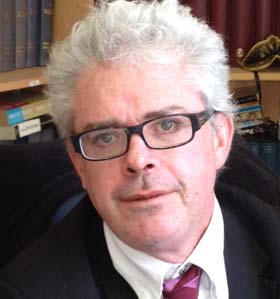 David Langwallner is the founder and director of the Irish Innocence Project, at Griffith College which was launched in 2009 and was recognized by the Innocence Network in 2010. He is a constitutional and public law barrister who has also litigated several criminal defence cases. He is a practicing Irish Barrister and member of Field Court Chambers in Grays Inns, London. He is a graduate of Trinity College Dublin, Harvard Law School and the London School of Economics and is also Dean of Griffith College Law School and Lecturer in Constitutional Law and Jurisprudence at The Kings Inns. His academic papers have been published widely and he is a frequent commentator on television and radio about miscarriages of justice.

The Vocabulary of Innocence